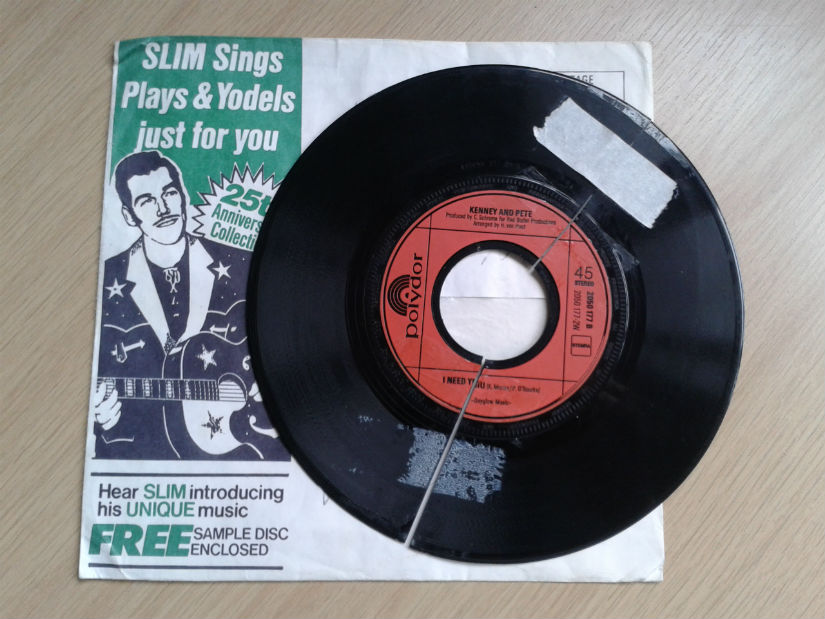 An interesting request came in the other day to repair and transcribe a 45 rpm single which had inadvertantly been sat upon, and had snapped in half! Normally, this would not cause any problems – but in this case the two halves had been held together with extremely sticky tape, right across the grooves, so the first job was to clean off the sticky residue… 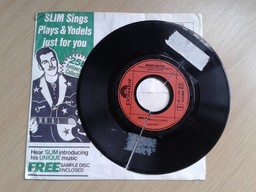 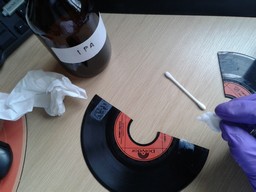 …and the two halves were carefully superglued back together – along the orange centre label, not the grooves! 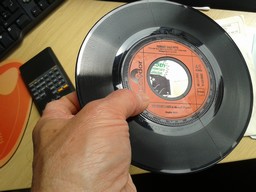 Both halves glued back together

With the fix completed, the transcription process proceeded smoothly without any problems. 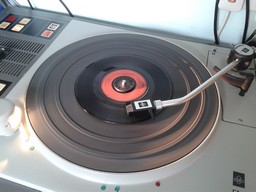 Obviously the audio needed a fair bit of restoration prior to burning to CD, to remove the two clicks per revolution, along with pops and crackle.