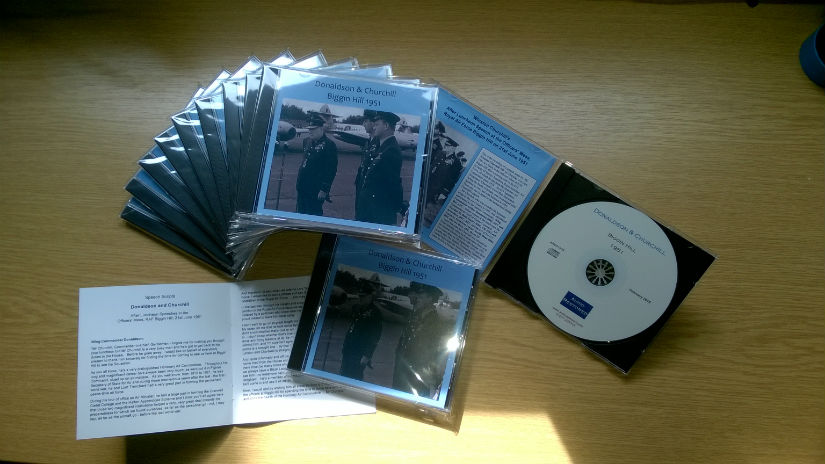 Back in 2011, I was commissioned to transfer and restore a set of shellac 78s to CD, the subject of which were two after-luncheon speeches given by Wing Commander Arthur Donaldson and the guest of honour, Winston Churchill in the Officers’ Mess, at RAF Biggin Hill on 18th June 1951. It was in fact Wg Cdr Donaldson’s daughter who had contacted me with the project in the first instance.

The discs were found to be in great condition, which after pro vac-cleaning, allowed for a high quality transfer from six sides of shellac.

Four years on, interest has been re-kindled in this historic recording, thanks to the coincidence of the twin anniversaries this year (2015) of Churchill’s death (50th) and the Battle of Britain (75th).

About six months ago, I was invited by Wing Commander Julian Stapleton MBE, to produce a four-page booklet and tray liner for the recording, using a speech transcript which he provided, along with photos taken on the actual day when The Honorary Air Commodore gave his speech following an inspection of No. 615 Squadron, Royal Auxiliary Air Force (‘Churchill’s Own’) with its CO, Sqn Ldr Neville Duke. 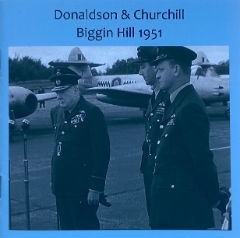 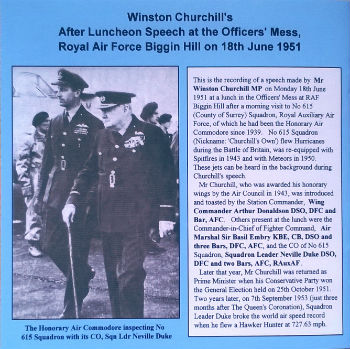 A ‘limited edition’ run of the CD has been produced for Wing Commander Stapleton and members of the Donaldson family. 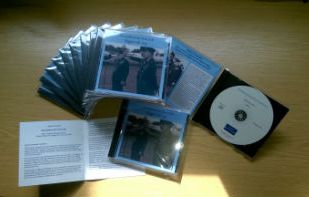 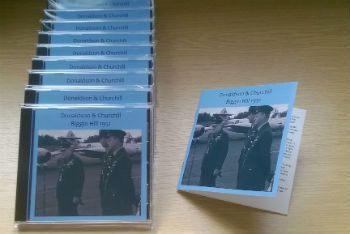 The  following short excerpts are taken from Donaldson’s introductory speech,

We use cookies to ensure that we give you the best experience on our website. If you continue to use this site we will assume that you are happy with it.OKRead more