‘Zoo Voices’ – a roar from the past

‘Zoo Voices’ – a roar from the past

Back in the late 1930s, Dr. Julian Huxley, then director of Whipsnade Zoo London, commissioned the production of a ‘Sound Book’ – a set of six flexible, one-sided gramophone records, each featuring a series of different animal calls. These 78 rpm discs, each lasting about 2 minutes and narrated by Huxley himself, were supplied in the slip-in book format, for the princely sum of 1 shilling and 6 pence (‘one and six’, or 7 ½ pence in today’s money!) 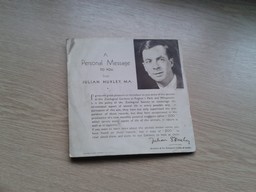 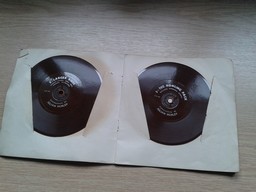 The actual discs are cardboard backed, with a brown surface applied to one side which has the groove stamped into it. Being cardboard based, they are extremely fragile – it’s a wonder that these examples have survived in as good a condition as they have – clearly a testament to the great care of the owner who I learned had them as a boy, over 70 years ago. 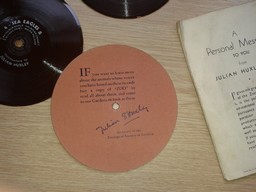 Some flaking of the groove material had occurred but this did not prevent a good transcription. 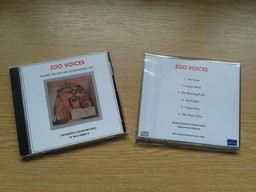 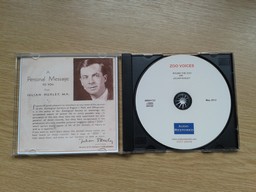 You can listen here to an excerpt from ‘The Howling Pack’: