Making a CD anthology of your band for commercial release

Making a CD anthology of your band for commercial release

Making a CD anthology of your band for commercial release – the nuts and bolts…from one who has been through the mill.
Back in August 2010, I was contacted by Simon McKay, the lead singer of “Said Liquidator”, an indie pop band based in Newcastle upon Tyne, active between ’87 – ’91. 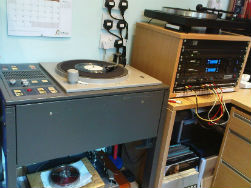 Despite (or perhaps because) the band was no longer together, Simon had decided for memory’s sake to gather the best performances of all the tracks he considered would be worth hearing again, for release on double CD. Months later, and after several visits to my studio, during which Simon brought round a number of analogue recordings on a variety of formats (vinyl, audio cassette and quarter inch master tape) all of the analogue tracks I’d been tasked to transfer and digitise were now done and dusted (from my point of view anyway). What remained for Simon to do before the compilation could be released was considerable – the recordings had to be re-mastered, edited, put in the correct running order and titled. Printing for the jewel case inserts needed to be addressed, along with proof of copyright ownership, CD production, marketing, etc etc. 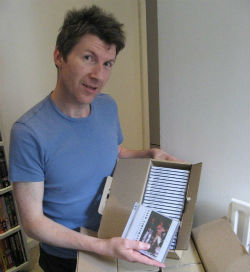 If you’ve ever been in a band and have some master tapes of your own stashed away, you might be interested in a step by step guide to take you through the process of transforming an unruly collection of recordings into a polished CD anthology fit for commercial release. If so, you can read more on the “Said Liquidator” website.
http://www.eccentricsleevenotes.com/Making-the-CD-Anthology(2580697).htm Here, you can also find out everything you ever wanted to know (and everything you didn’t know you wanted to know) about the band!