A recent request to ‘clean and transfer’ an acetate disc seemed like nothing unusual. Until, that is, the customer arrived at the studio clutching a very large package. When the disc was revealed, it turned out to be a full 16 inches across – a BBC transcription disc produced in 1945.

The record was in a pretty awful state – the surface was covered in a white coating, a deposit of palmitic acid which had built up during the intervening 66 years.

Careful cleaning with dilute solutions of sodium bicarbonate and ammonia, slowly dissolved away the acid to reveal a near perfect groove!

The before, during and after photos below tell the story more clearly. 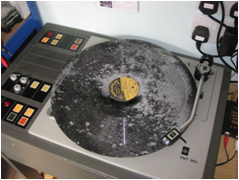 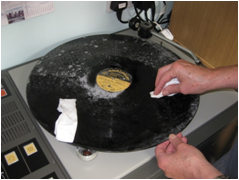 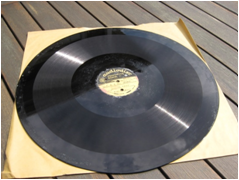 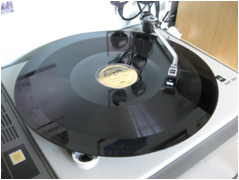 The EMT 950 turntable was used to transcribe this oversized disc, which incidentally played from the inside groove outwards!

You can listen to the first few minutes here…